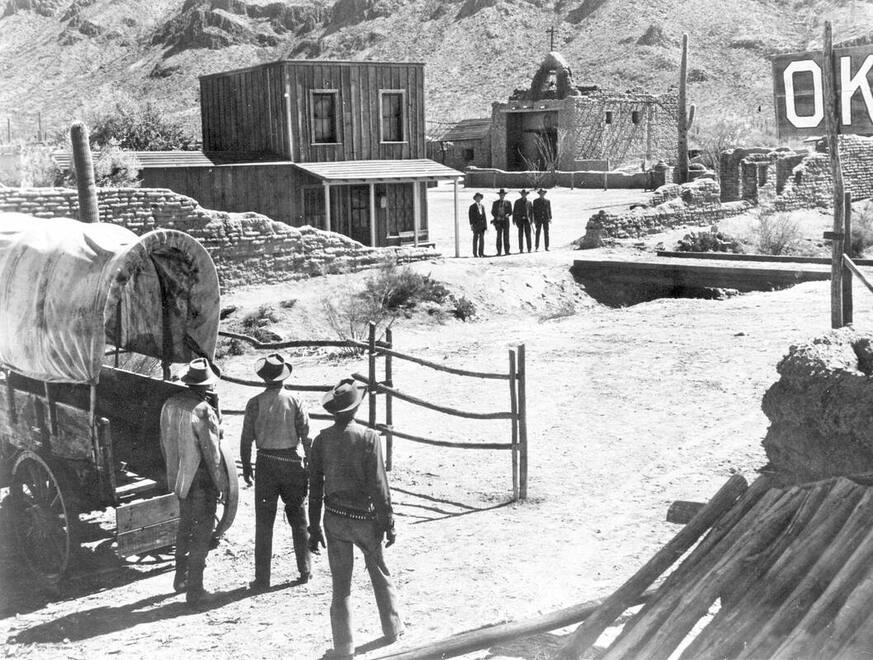 ​Scene from "Gunfight at the OK Corral" [1957], directed by John Sturges. (c) 1957 Paramount Pictures Corporation.
Registration includes six (6) nights lodging, opening night Pizza Reception and presentation, a seat on the van, dinner at La Posta Restaurant in Mesilla, entry fees to any parks or museums, beverages and snacks on the road, and the services of your on-board historian and host. ​
inquire 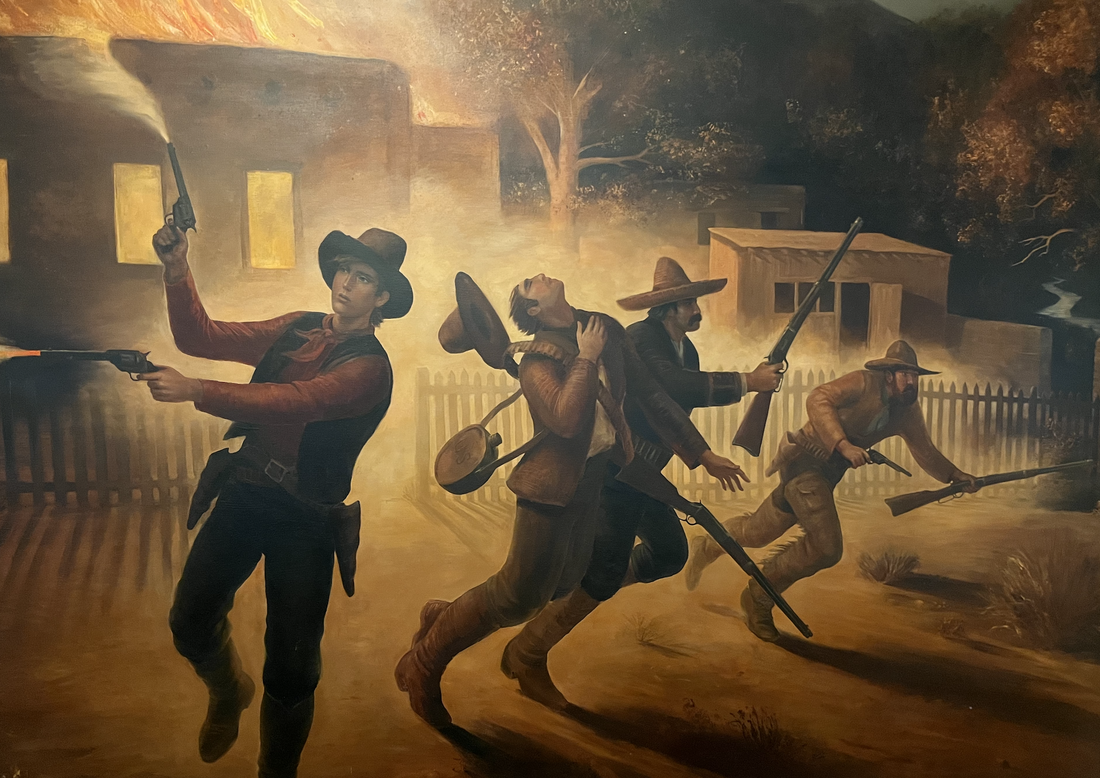 Billy the Kid and the Regulators making a run for it, out of the burning McSween House. Bob Boze Bell painting, in the Lincoln Historic Park Visitor Center.